In 1951, Alfred Schuon founded a haulage company in Haiterbach, Baden-Württemberg, Germany. Seventy years later, Alfred Schuon – Internationale Spedition + Logistik is still firmly in the family's hands as well as a major freight forwarding and logistics business. Keeping it in the family is Theo and Alexander Schuon, the company's managing directors and the second and third generation of the family to run the company. Schuon specialises in jumbo transport, system transport and custom logistics solutions and has around 530 employees committed to customer service working at its locations in Germany and Hungary. Recently, Schuon expanded its fleet of 350 vehicles to include trucks powered by liquefied natural gas (LNG).

Another celebration is also fast approaching to mark the relationship between Schuon and SPEDION! It is nearly eight years since the company began using our highly functional, Android-based truck telematics solution, the SPEDION App. This period from 2013 was a groundbreaking time for SPEDION—and still is! In finding a telematics solution for Schuon's specific needs, the company played a leading role in developing our mobile telematics system and integrating it with other IT software. In Schuon's profile on our website, you can read all about which SPEDION App features and interfaces the company uses and what their dispatchers and drivers like in particular about using our telematics solution.

In keeping with COVID-19 prevention measures, Schuon will celebrate its remarkable milestone with an open-air event for employees and their families on 11 September 2021 on the company grounds in Haiterbach. A highlight for the guests at the event—and also some of Schuon's neighbours—will be a road rally through the surrounding area featuring a lineup of Schuon vehicles from classic cars to super trucks!

We want to congratulate the Schuon team and wish them continued success for decades to come! 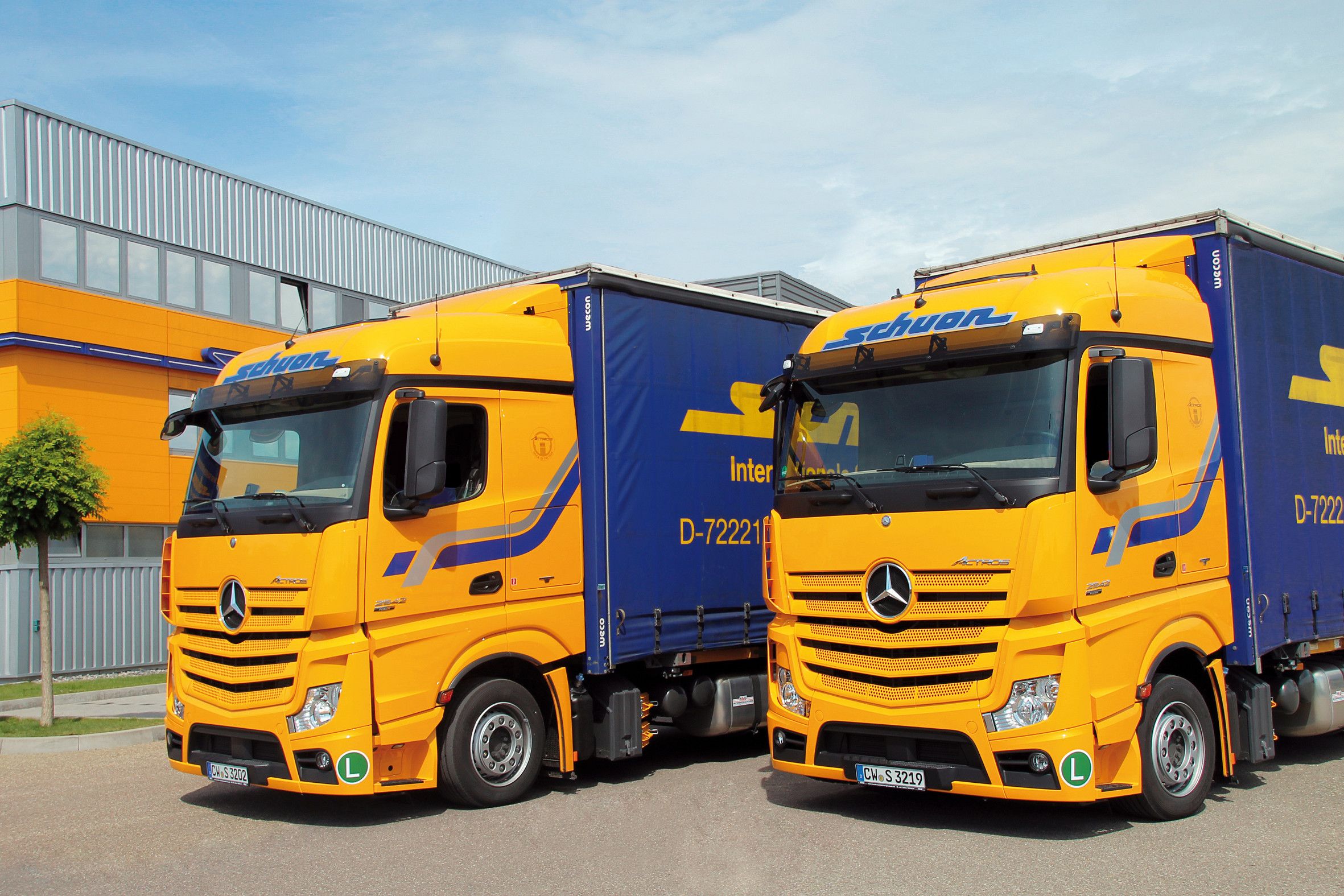